Hai Phong defeated Binh Duong 2-0 at the Lạch Tray stadium on Sunday to claim the Kienlongbank2014 Cup (the National Cup).

But it was the home side. backed by 10,000 boisterous fans, who took an early lead when Hồ Văn Thuận headed in a fine looping header from Nguyen Van Nam’s cross.  Bình Dương bounced back though and piled on the pressure only to be denied by some great goalkeeping and resolute defending.

Eventually, against the run of play Hai Phong doubled their lead when a defensive mix up between Minh Trung and Dinh Luat allowed Andre Fagan to race clear and cooly slot his beyong the advancing visiting keeper’.

The result means Hai Phong are now likely to be amongst Vietnam’s representatives in next years AFC Cup, while Binh Duong will have to settle for just one piece of silverware, and the likelihood of an appearance in the qualifying stages of the 2015 Asian Champions League 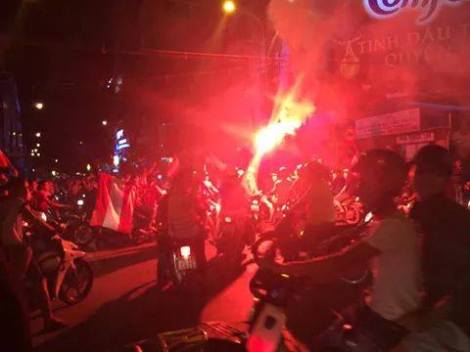