Sài Gòn came from a goal down to beat fellow strugglers, SLNA and seal their first win in 6. Quế Ngọc Hải put the visitors in the lead on 69 minutes with an excellent header. The home hit back just seven minutes later through Dominique Da Sylva, heading in from Võ Hoàng Quảng’s cross. The turnaround was complete on the 82nd minute as Da Sylva latched on to a perfectly weighted through ball from Nguyễn Ngọc Duy and finished superbly beyond Phan Đình Vũ Hải 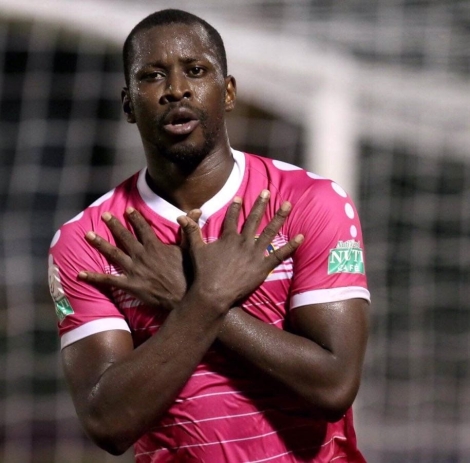 A brace a piece for Gaston Merlo and Hà Đức Chinh ended a run of three consecutive draws for Đà Nẵng as they comfortable saw off bottom side Nam Định. Merlo opened the scoring with a trademark towering header from 12 yards in first half stoppage time. Nam Định once again showed their superb spirit and drive, were rewarded when Lê Sỹ Minh finished off a goalmouth scramble to equalize.

However the experience of Merlo and the rising star Hà Đức Chinh were too much for the visitors. Merlo powered in another header before Đức Chinh hit two in 4 minutes. Vũ Đức Nam grabbed an injury time consolation for the visitors.

Bình Dương suffered their first league defeat in 8 outings at the hands of Khánh Hòa. Khánh Hòa, so poor last week at Hanoi, made 4 changes to the starting lineup and were rewarded with a fine performance. Phạm Trùm Tỉnh, in just his second start of the season, scored twice while Toure grabbed a third in stoppage time after home keeper Bùi Tấn Trường rushed 30 yards from his line and the striker easily turned him to place in to an empty net. 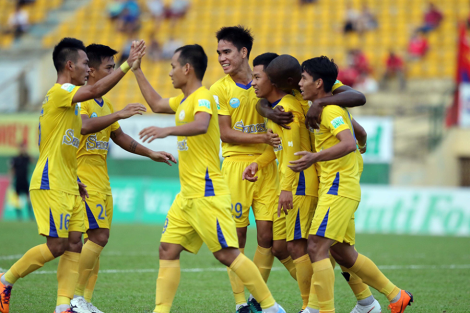 A third win in four sent Hải Phòng up to third spot with a 2-0 win over Thanh Hóa at the Lạch Tray. The home side rather fortuitously took the lead when Nguyễn Đình Bảo’s long cross was missed by everyone and flew in to the far corner .The home side sealed the points with a classic route one goal; Đặng Văn Lâm’s long clearance was flicked on by Errol Stevens to his Jamaican strike partner, Andre Fagan, who made no mistake as his lashed home is 6th goal of the season.

Thanh Hóa’s woes continue as they now lie in 10th spot. The club are in something of a ‘crisis’ not just on the pitch where they have had just 1 win in 9 but behind the scenes, as last week 5 players were released, including Captain Danny Van Bakkel and Lê Quốc Phương, for a rumored lack of effort/disruptive nature.

A late 2nd half goal from Nguyễn Quang Hải ensured Hà Nội FC maintained their unbeaten start to the campaign and in the process keeping the 8 point gap from 2nd place Quảng Ninh. With both Oseni & Van Quyet still missing for the visitors the main goal threat was coming from U23 player Quang Hai, who was denied by Phạm Văn Cường either side of the break with two long range efforts.

The breakthrough came on 75’ when Hai swept home Trần Văn Kiên cutback, confining Quang Nam to their first home defeat of the season.

Quảng Ninh kept Hanoi within sight with an impressive 3-0 win over HAGL. After a goalless first half Eydison broke the deadlock with a power near post header, before doubling the lead 15 minutes later with another header. The Brazilian completed his hat-trick with a low left footed drive on 89 minutes. Eydison has now scored 6 in 8 this season. Phan Thanh Hùng’s side have an impressive record at the Cẩm Phả stadium, securing 5 wins from 7.